Establishing a place for a social get-together is a very old dream of Franz Witzmann. The native Hainfelder always wanted to take care of a meeting point, where people enjoy their creativity at no charge. In the context and with support of the social festival  „Tu was, dann tut sich was.“ his dream becomes true now. Franz Witzmann teaches German and is present and open for all ideas and wishes.
Email: franz@comedordelarte.at
Mobile: +43.650.8510896 Alexandra Eichenauer-Knoll supports the Comedor del Arte with nice grafic design and many ideas. She teaches German in the Comedor and likes to play games, with both children and adults. She ist also responsible for the website and since january 2017 chairperson of Herzverstand, the Association for the promotion, organization and operation of the Comedor del Arte.
Email: alexandra@comedordelarte.at Cornelia Fuchs  is an important member of the Comedor del Arte since the very beginning. She donated several sewing machines and a lot of toys. She was also very active in the Christmas project and folded more than 30 stars on her own. In march 2017 Cornelia established the sewing room in the first floor of the Comedor del Arte. She organizes workshops for sewing and arts and crafts. From the beginning, Renate Hoefler was a student learning Arabic led by Ghazi Hares at Comedor del Arte. Therefore she knows first hand how difficult it can be to learn a language that is very different from the native language. For quite a while she has been supporting our afternoon German language classes. In addition, the very talented Salesperson with the big heart is a great support at various Comedor initiatives. Mika Abdullaeva is the musical ambassador of the Comedor del Arte. She was singing already on the Human-Rights stage during the Viennese Donauinselfest. She was also on stage together with her sister Aida at the opening of the Christmas season in Hainfeld. In her strong voice we hear her hope for more justice and fairness. In her songs we feel her longing for happiness. Reinhard Joelli grew up in Hainfeld, and has been a friend of Franz Witzmann since primary school. He studied Social and Economic Sciences, and then moved to USA for personal reasons and ended up in California (San Francisco) for his job. Lately he is returning to Hainfeld multiple times a year in order to take care of his Mom. Here he connected with Franz again, and got involved with Comedor del Arte. He has donated some household items and toys, and is our English website translator. 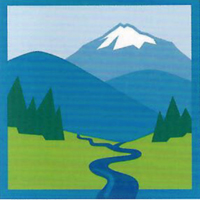 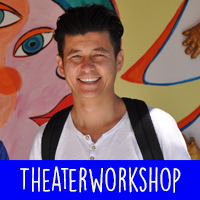