On Saturday, Sept 24 at 8pm, there will be a family style concert at Comedor del Arte. Clemens Schmidt, son of Franz Witzmann, will play guitar, and Mika Abdullaeva, co-founder of Commedor del Arte will sing some songs.
Both artists are about 20 years old, very talented and both have plenty of musical plans for the future.
The soprano Mika Abdullaeva wants to become a singer. Due to connections from Franz Witzmann, she was able to participate in some public appearances including the human rights stage of Donauinselfest and at the talent competition of Lower Austria (NOEN Talentwettbewerb) 2015. In the meantime she already recorded some songs together with her sister Aida. Mika sings Pop and Classical with feeling and passion!

Clemens Schmidt is currently studying medicine in Vienna. He has already participated in numerous competitions, and he also performed as a solo-act in various settings on stages throughout Austria and Europe. For this particular evening, he plans to perform his own compositions, and music from other so-called acoustic finger style artists.
We are very much looking forward to the performance from both of them! 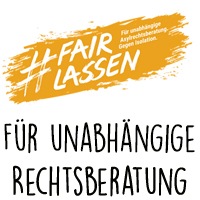 (Deutsch) #FairLassen
Sorry, this entry is only available in German. For the… ∞